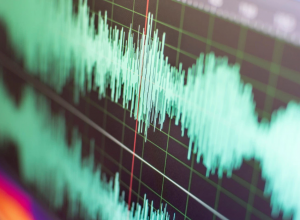 Amazon  today is launching a new Amazon Polly WordPress plugin that gives your blog a voice by creating audio versions of your posts. The resulting audio can be played from within the blog post itself, or accessed in podcast form using a feature called Amazon Pollycast, the company says.

First introduced at Amazon’s re:Invent developer event back in November 2016, Polly uses machine learning technologies under the hood to deliver more life-like speech. For example, Polly understands that the word “live” would be pronounced differently based on its usage. In the phrases “I live in Seattle” and “Live from New York,” the word is spelled the same but is not spoken in the same way. That means the voices sound more natural than some other, more basic voice-to-text engines.

The Polly speech engine launched with 47 male and female voice and support for 24 languages. Since then, Amazon added support for Korean, another 5 languages, and made Polly available in all regions in the AWS partition.

The technology’s capabilities have also evolved, with added support for things like whispering, speech marks, a timbre effect, and dynamic range compression. These sorts of voice technology advancements are also things that make Alexa sound more natural, too. Similar to Polly, Alexa learned how to whisper and change the pitch of her voice earlier this year.

The launch of the WordPress plugin is not the first time Polly has been used to turn digital text to speech, of course. The service itself has always been capable of turning any text – news articles, blog posts, RSS feeds, PDFs, and more – into audio. However, making this functionality available as a WordPress plugin makes Polly more accessible to a wider audience.

However, the plugin is only available to anyone running their own installation of WordPress on their own infrastructure (hosted or managed) or on AWS, and does require a bit of configuration. That may make it a bit more challenging for less technical types to use. (Instructions are here on the Amazon developer blog and on the plugin’s page.)

Once set up, the plugin makes calls to Amazon Polly whenever a blog post is saved or updated. 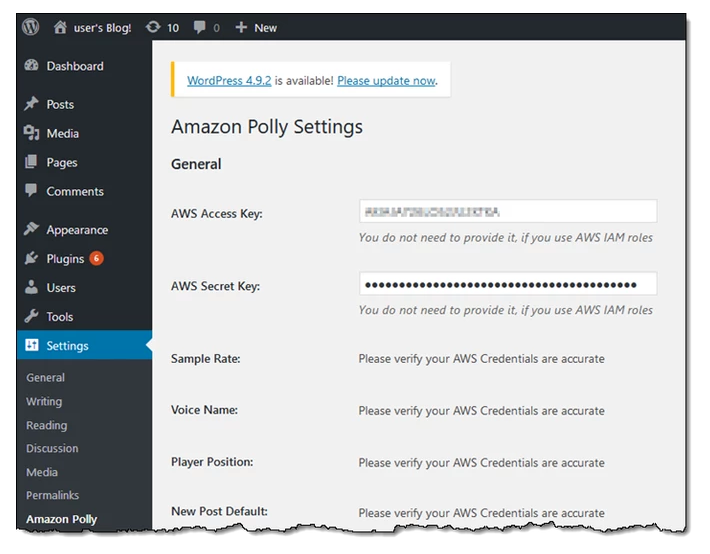 For podcasters, the plugin includes a feature called Pollycast that lets you control the iTunes parameters that are in the generated RSS feed, like the iTunes category, image, contact email, and explicit content flag.